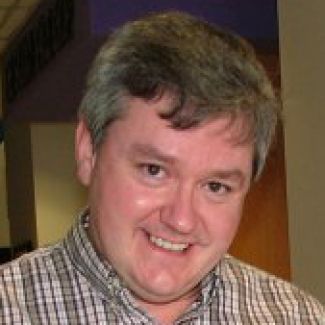 Lights, Camera, Action! (Taking Augmented Reality to the next Stage)

Last year, our project, ”Using Augmented Reality to Replace Missing Historical Landmarks:”, started out with our student learning how to use various type of CAD (Computer Aided Design) software, for the ‘Purpose of eventually reproducing ‘lost or damaged landmarks. As, a practice project, they began producing a model of the newly renovated Hazard High School in 3D. It could be rotated, flipped, and zoomed. This was a very different learning strategy for me and experience for the students. However, it produced a totally different level of success that, was, to say the least, incredible. The two main students invol·ved changed positively in most, every conceivable way over the course of the year. ‘l suppose you could say they became the school, ”Experts” on technology and while initially overwhelmed with the title, settled into a new rote in our school.

After most of our school’s 3D floorplan was completed, a local law enforcement officer happened to see the model and commented surely like to have a copy of that. “That got our team, to thinking, about the potential impact a simple floor plan of a building would have on the success rate of first-responders entering a building during a crisis such as a fire or shooting. At that point, we again entered into a different realm of instruction where my role and the roles of the students switched repeatedly. Our strategy involved the fact that, in many cases, the first responders could be entering the building for the first time! This year our strategy is to take last year’s concept and move it, up to the level of a project that has the potential of becoming a marketable product and/or service. Utilizing other funding sources, we are planning on making our 3D floorplans for first-responders a streamlined process that will include students and first responders. The first responders will share their expertise with our students.