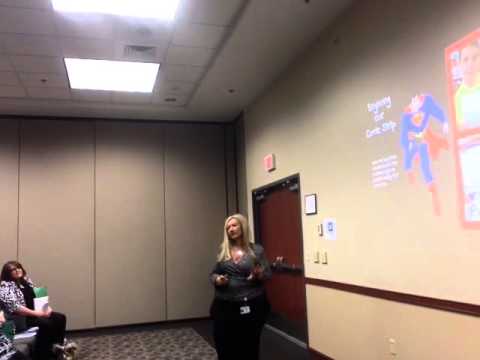 This “Marvelous Matter” project was a two-week unit of study on the world of matter. While my students were involved in these 21st century activities, they developed skills that enabled them to perform in problem-solving groups. These groups seemed to engage each student because the tasks were “hands -on,” real world experiences. My 2nd grade students explored many concepts regarding the world of matter. They learned that everything in this world is composed of matter or energy. They also learned that matter is important because it makes up everything around us. As they worked through this inquiry -based unit, they found that matter has two essential properties, mass and volume. They learned that matter can change its form, but in its element form, matter cannot be destroyed. During this unit, I incorporated Science, Language Arts, Math, and Technology to address the many learning styles of students in my classroom. Each activity addressed these learning styles in an effort to keep each child actively engaged.Students began this unit with an exploration of properties. I incorporated both fiction and non-fiction text into this unit addressing the misconceptions of matter. United Streaming videos and other Internet resources were used during this unit. Students got to participate in small group exploration learning stations and enjoy a variety of learning activities.Examples include creating an online blog journal evidence, graph and chart data, create a “Matter Museum,” use Hoola Hoops to create a Venn diagram to describe and compare the various types of matter, make a “Marvelous Matter” Café, become “Myth Blasters,” and make Ooblek. Finally, students created a Super Hero that ultimately used his/her powers in a comic strip to change the various states of matter.